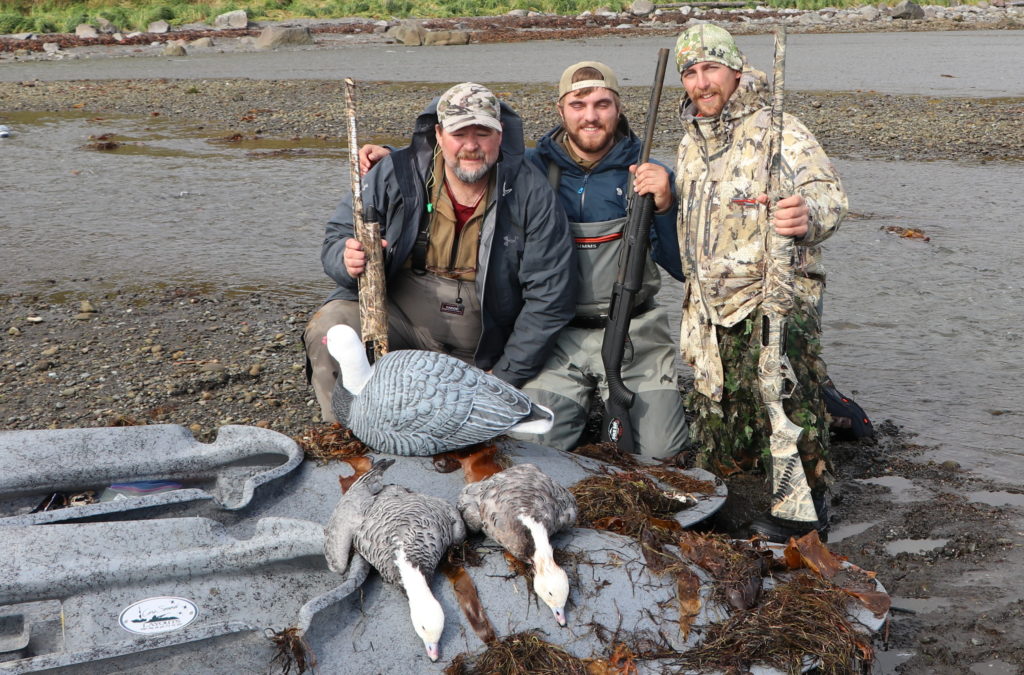 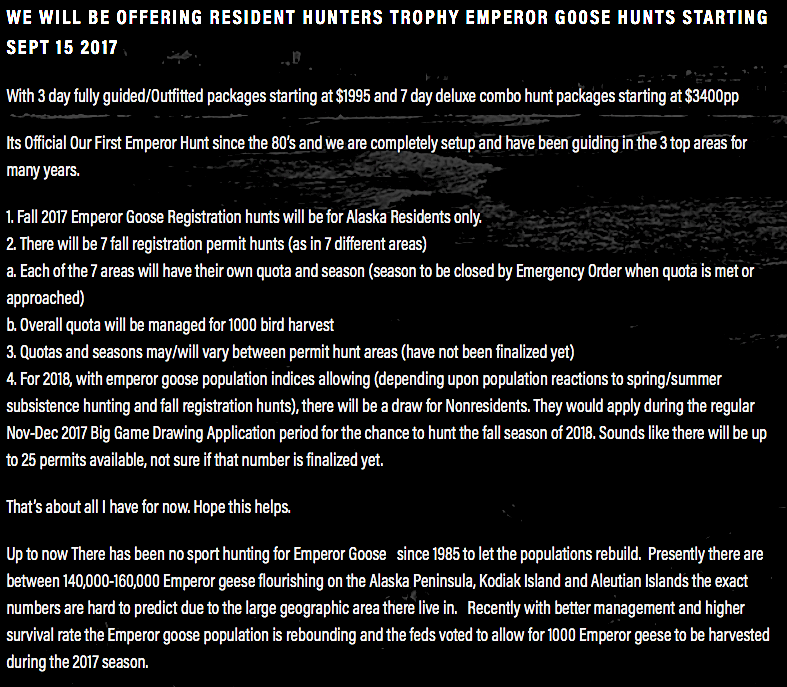 Hunting Emperor Geese since 2017 with %100 success

As of  2017 the Emperor Goose hunting season has opened back up April 1st for subsistence hunters  of rural Alaska. We started offering Hunts Sept 15,2017 and have been going strong ever since.

The fall 2018 hunt for Emperors went great with another %100 success for all our resident and Nonresident hunters that came and hunted with us just like the 2017 season. Our  hunts for Emperor Goose season opens Sept 1st in the northern regions of unit 9 but we recommend waiting to at least Mid October for the best trophy Quality. In the southern zones unit 10 it opens Oct 15 and runs till Jan 22 in the Aleutians, Kodiak & Adak.  We will be offering hunts in Adak for 2019/2020 Starting Nov 15th-Jan 22 . Our two locations Coldbay Early Season and Adak Island late season is a winning combination offering our hunters two of the best  locations in Alaska hands down to harvest high quality Emperor Geese. 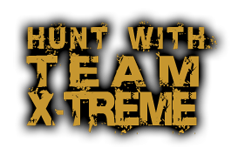 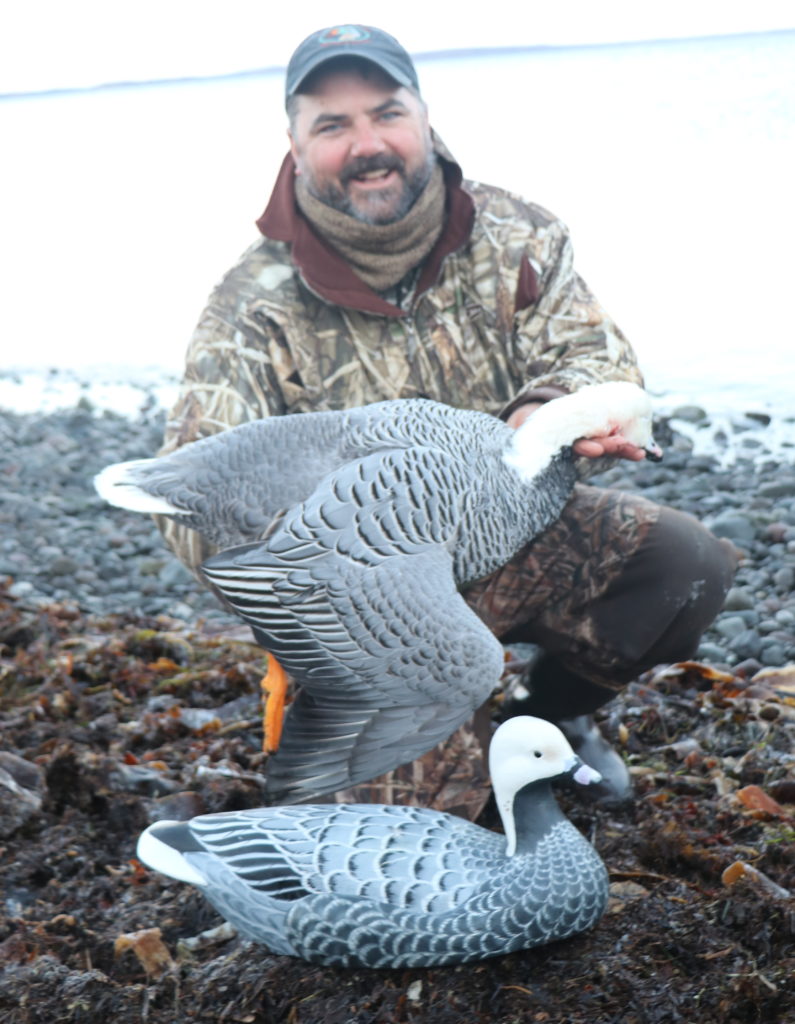